OPINION: Companies need to support EU draft law and stand up against violence against women

Last week on International Women’s Day, the European Commission unveiled a historic proposal that would oblige member states to put an end to gender-based violence. Men’s violence against women has increased since the pandemic, according to the UN. Now is the time for businesses to step up and stand up to violence against women by supporting this new EU directive, says Mercedes Gutierrez, head of social impact & community engagement, Ingka Group (IKEA Retail).

Leading companies must take responsibility and utilize their resources to raise awareness and tackle issues that affect employees and customers alike. It is time for companies to publicly back this move by the European Commission, aimed to strengthen the support, protection and rights of women who are victims of violence.

The European Commission says thirty one percent of women in the EU have experienced one or more acts of physical violence since the age of 15. Forty three percent have experienced some form of psychological violence by an intimate partner. And it’s estimated that one in 20 women (5%) in the EU under the age of 15 has been raped. Yet the EU still has no legal instrument obligating its members to put an end to gender-based violence.

At IKEA, we believe that gender equality at home and at work lie at the core of gender equality in society. We have a zero-tolerance policy on gender-based violence, including sexual harassment at the workplace, and we have a mandatory code of conduct training which clearly states that all co-workers have the right to work in a place free from any form of abuse or harassment.  We want everyone to have equal opportunities and to feel included, but this is only possible if women and girls can enjoy an everyday free from gender-based violence in the countries where we operate.

Gender-based violence includes sex-based harassment, online violence, forced marriage, and female genital mutilation. The passage of this law will strengthen the prevention of these crimes, the protection of the victims and the prosecution of perpetrators.

This should be a joint effort and companies have a unique role to play. Indeed, many companies have been speaking out against violence against women for years. Several Unilever owned brands advocate against gender-based violence. BNP Paribas supports several global NGOs working on gender-based violence. In addition, Vodafone has focused on domestic violence for years, raising awareness through research and other measures.

Within our own company, all leaders are responsible for identifying and minimizing barriers to gender equality, while driving positive systemic changes to support long-term progress. We are reviewing and strengthening our workplace response to combat domestic violence, addressing the needs of our co-workers who suffer from violence. We have been on this journey for some time, while recognising that more needs to be done.  In the Czech Republic, Hungary and Slovakia, we offer co-workers 10 days of paid leave from work in the event of domestic abuse. In Spain, a special protocol against gender-based violence supports co-workers from the beginning with the expert help of social workers.

Our markets also work with local experts and NGOs to make change. For example, in the Czech Republic we have been using the strength of the IKEA brand to support local NGOs with legislative changes, increasing the rights of the victims of domestic violence. In many countries, including Germany, France, Italy, Belgium, and Portugal, we support victims, transforming women’s shelters into places they can call home and are active in awareness raising campaigns. In Slovakia, we have been representing the private sector in national action plans to combat domestic abuse against women.

Through our equality initiatives, and our work to influence policies and campaigning around equality topics, we aim to inspire and engage our co-workers and customers to become change makers and contribute to a more equal world.

Despite the best efforts of many actors, women are still not getting the protection they need. Unfortunately, there are still forces in the EU who oppose this new gender-based violence directive. Some argue that addressing gender-based violence imposes ideas and values onto other cultures. But gender-based violence exists in every country. We don’t believe it’s a legitimate part of any culture. Others say that domestic violence is a private issue. That’s false – it is a crime. It’s irrelevant if the crime is committed in your home or outside of it.

We’re serious about our role in shaping the world in which we operate, recognising our responsibility and the expectations of leading companies to have a positive impact on society. Companies must come together and use their size and leverage, joining forces with civil society, employees and customers, to call on governments to step up their work against violence against women and girls and domestic violence in all its forms. 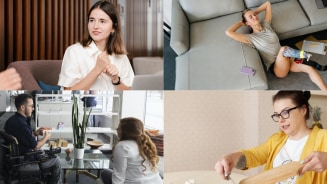 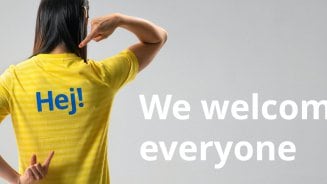 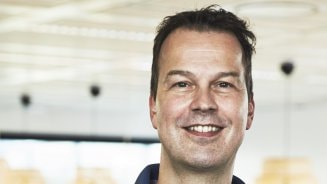 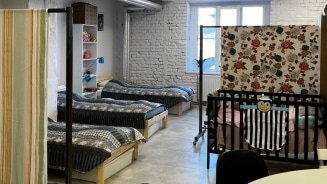 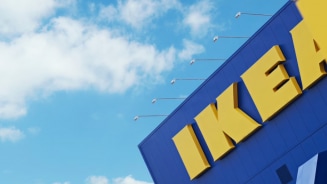